This weekend two different things coincided. First, I finished reading ‘Poetry Is: Jose Garcia Villa’s Philosophy of Poetry’ edited by Robert L King (Ateneo University Press), which incidentally is one of, if not, the best book about writing poetry that I have ever read (and I have read a lot), and secondly moving some old magazines to a new resting place in the house. One of these magazines was an old poetry mag called ‘Oasis’ (issue 14 to be exact) published in the UK in 1976. And wow, I realised that I subscribed to it in those days and to many other magazines to boot in my enthusiasm for all things poetical and in my quest to learn as much possible about poetry.

1976 in fact was the year I graduated with an Honours degree (First Class, Magna Cum Laude) in English Literature from a British university, and so one might have reasonably concluded that I knew something about literature, and poetry specifically, as so many of my course options had been about just that topic. Yet I went on subscribing to ‘Oasis’ and a dozen other UK magazines like it for at least two more decades, and as I look at the content of these magazines now I have to ask myself why? Why did I punish myself in this way? The magazine hasn’t got one poem in it, but it does have at least 25 ‘free verse’ efforts, every one indistinguishable from the one before; and alongside some more modernist experimentations with the short story, we have a pretentious article entitled, ‘The Literary Scene (No 1)’, which spends much of its time attacking Philip Larkin (a real poet who understood form)  and the “Establishment” who published him, whilst promoting Beat poets and Beat life styles (although reluctantly admitting that Kerouac’s “final years were somewhat sad”), and of course promoting generally that vision of free verse (which of course is nothing to do with verse or poetry at all) which suggests social, political, philosophic, theological (yes, they all tend to be atheists, or more accurately deniers of the Spirit – so how could they have a Muse?) freedom. Freedom, man! Who can argue with that? Yeah – there is always that self-congratulatory tone of the morally superior freedom fighters who from their comfortable UK armchairs and pretty bourgeois lives manage to intimate that the chaos of their lines is contributing something to humanity’s wellbeing and poetry’s survival in our time. Typical adjectives describing their poetry always run like this: ‘spare’, ‘taut’, ‘precise’, ‘bleak’, ‘unflinching’, and what this really means is ‘unmusical’, ‘unstructured’, ‘monotonous’, ‘depressing’, ‘unimaginative’. But delusions die hard.

Enough, then, of this nonsense, although I could write a lot more; but you get my drift: these writers over the last fifty years have a created consensus that have driven out real poetry, and allowed anyone and his dog the opportunity to stand in the street and howl (yep, allusion intended) and bark and pretend this pile of poo is poetry. And that’s where Villa’s brilliant book comes in; indeed, addresses at the end of the book, exactly this tragedy.  Quoting Jay Parini, we learn, “Most poetry written after the mid-twentieth century is ‘free verse’, as anyone will know”. But as Villa brilliantly observes, “when you begin a poem with a meaning in mind, that meaning – instead of building the poem up – undermines it, pulls it down and it has a birth defect.” What a superb image of all free verse, which by its nature has to begin with meaning, since it cannot possibly, by definition, begin with form as it has none, that it has a birth defect. In most instances the birth defect is fatal, although a great poet can produce a free verse poem that lives – TS Eliot did it, but it is not the norm or even normal.

So let’s now consider some of the wonders of Villa’s book, which I strongly recommend every lover of poetry to buy and read, although I have to say that Villa is austere in his thinking and severe in his strictures, which will not be to everyone’s taste. But his arguments are so powerful, and his thinking so potent concerning the process of writing poetry that I genuinely do believe that all thinking practitioners of the art should consider his ideas. Before, however, covering the contents a word must be said about the genesis and writing of the book. Credit must be given to the writer of the book; yes, the book is by Villa but he died in 1997 and never actually wrote it. Instead his student and disciple, Robert L King, has, as appears, in a labour of massive love, pieced together all the ideas from the existing lectures and lecture notes that survive at Harvard. To write a book oneself is difficult, but to piece together this book from notes is a massive achievement and I think generations for a long time to come will be extremely grateful to Robert King for what he has pulled together so intricately here. One gets the sense of this being Villa’s book and King has kept his ego in check and allowed Villa and Villa only to speak; that is impressive.

The essence of what Villa and his book argue is that poetry is art form that requires discipline, at least 10 years’ worth, for anybody to get anywhere, or produce anything worthwhile, with it. Further, poetry is about language, music and form, but his view of form extends well beyond metrics, stanzaic structures and images, although these are not denied. Because this is so, Villa describes much of today’s (that is his days’, though nothing much has changed) poetry as “self-expression, which is nothing but romantic infantilism and baby talk”.  This is because “self-expression always just happens” whereas “good writing doesn’t just happen”. There are three important consequences of this.

First, poetry is irreplaceable by prose; prose says its meaning, but poetry’s meaning is intrinsic to its form, and so cannot be said another way. In other words all prose is paraphrase-able, but to paraphrase poetry is to terminate its existence as poetry. Second, the discipline of poetry is aesthetic, but also intellectual and ethical. As Villa puts it, “Poetry becomes a civilization of the human spirit”. One can immediately see from this how at odds with the free versers Villa is; it’s not just the poetry that is the question, it is also the life style, the values, and the spirit in mankind. Thirdly, according to Villa, poetry prevents mental disturbances! This is an astonishing claim but not one without precedent and foundation. He doesn’t cite GK Chesterton, but Chesterton observed that there was only one major English poet who went mad – Cowper. And more generally, Apollo, the god of poetry, was also the god of healing and sanity. But Villa quotes Wallace Stevens with approval: “Poetry is not a literary activity – it is a vital activity – a part of life itself”. How good is that? And to cap it all, Villa says, “In order to be art, form is mandatory”; form is mandatory meaning order is mandatory, and order being mandatory means that the mind is ordered, but not like a shopping list or an Excel spreadsheet. The order of poetry comes from the deep mind, so no wonder its practice leads to mental stability and health.

One more brilliant observation that Villa makes – and I shall have to stop because this essay is already too long – is that, citing Christopher Morley, “Poetry is the perfect expression of something you didn’t know you wanted to say”. In other words, every true poem is a voyage of discovery; and again it is why prefabricated meanings, important platitudes that you wish to convey, may produce interesting writings of a kind best called polemics or PR, but will not produce poetry. Poetry surprises the poet as much as the reader when it finally emerges on the page, written and complete. Indeed there is an insightful chapter near the end of the book just on the topic of the last line of a poem, and how difficult it is to write it; for the last line has to bring everything together, and yet invariably create a meaning that was not obvious to begin with. In other words it strikes out at the same time as it completes! Paradoxical but true.

I think I have said enough then to persuade you, hopefully, to go out and buy this brilliant, brilliant book on poetry by Villa. Again Robert King deserves our deep thanks for the labour of love he has bestowed on this work, and on his master, in ensuring that such important ideas are not lost to the world, but can continue and stay fresh.

Poetry Is by Jose Garcia Villa (Ateneo University Press) is available for purchase via www.theoryofpoetry.com or by contacting editor rlucienking@gmail.com directly. 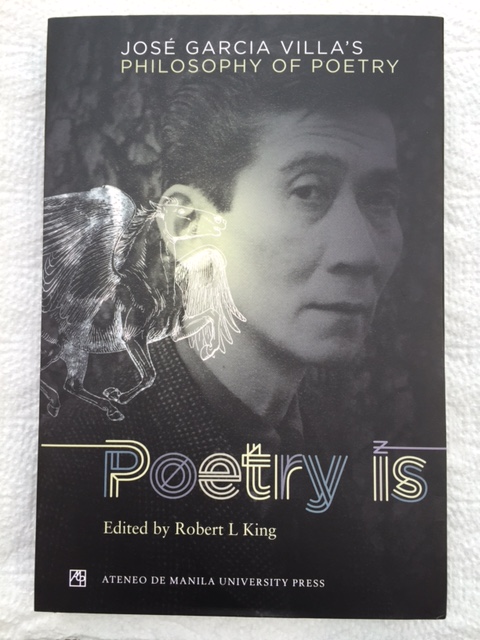 James Sale, FRSA is a leading expert on motivation, and the creator and licensor of Motivational Maps worldwide. James has been writing poetry for over 40 years and has seven collections of poems published, including most recently, Inside the Whale, his metaphor for being in hospital and surviving cancer, which afflicted him in 2011. He can be found at www.jamessale.co.uk and contacted at james@motivational maps.com. He is the winner of Second Prize in the Society’s 2015 Competition 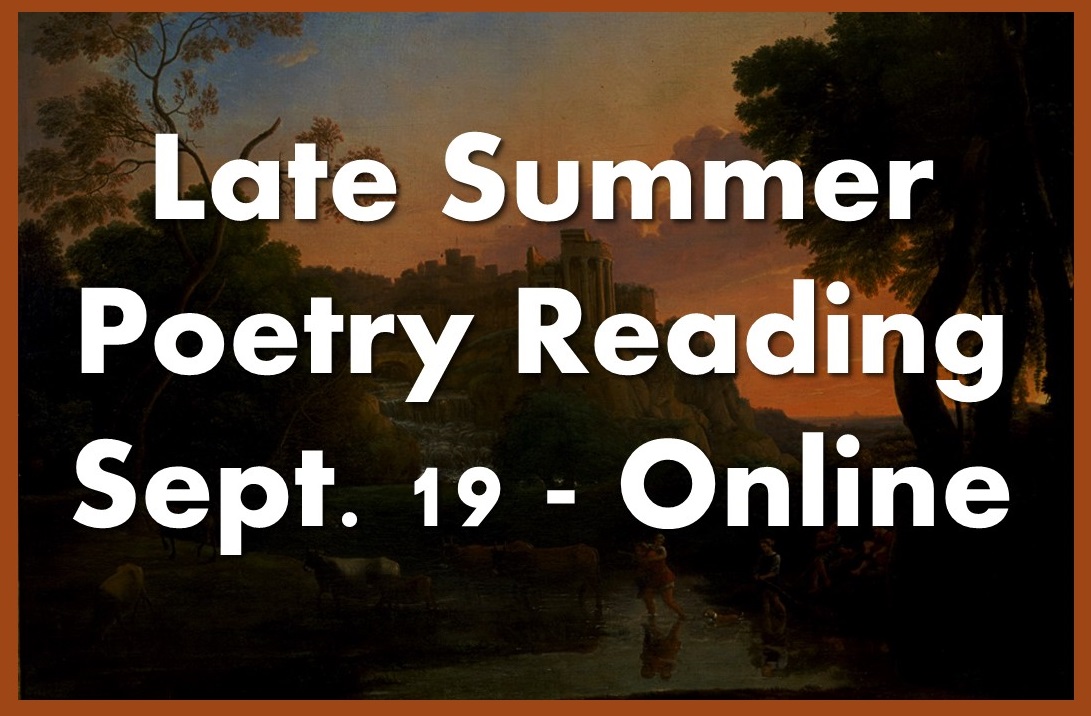