This is a tale of sibling rivalry from the 1812 Brothers Grimm collection of Children’s and Household Tales. Similar stories exist in Danish, English, Hungarian, Icelandic, Norwegian, Slovinian and Swedish folklore and perhaps is related to the ancient Greek myth of Meleager and the Calydonian Bear.

The peasants’ fields were trodden and their crops all rooted out,
A wild boar was rampaging with savage feet and snout.
He killed the cattle daily and the foals just brought to birth,
His tusks had farmers torn apart from neck down to the girth.
The King then made a promise—from the safety of his carriage—
“Whoever kills or captures him, my daughter takes in marriage!”

A poor man of the village, father of two strapping sons,
Suggested they might chance their luck with spears or hunting guns.
The elder son was crafty and he brimmed with empty pride,
The younger son though pure of heart, in battle was untried.
The King thought they should share the woods, go in from east and west—
With more land covered by the two, their chance would be the best.

The younger entered from the east, not feeling any fear.
A dwarf appeared in front of him and offered him a spear.
The spear was black, the dwarf explained, it held a special charm:
“This spear will kill the boar for you, protecting you from harm.
I give to thee because I see your heart is pure and good,
With this you are protected from the dangers in this wood.”

He thanked the dwarf and took the spear, continuing his way.
I trust my little friend is right—this spear is fit to slay.
—What’s that?! He heard out of the blue the sound of pounding feet,
Stampeding towards him came a mountain made of muscly meat!
In fury, blind, it rushed at him. He raised the magic spear.
Full in the heart it pierced the boar, the earth drank in his fear.

The steaming wound was oozing as the brave one turned to view
The beast that he had slaughtered had a heart now slashed in two.
He heaved the monster on his back and made a sort of sling.
He thought a handsome gift it made as homage to his King.
Soon he heard the sounds of wine and dancing and of laughter—
The people making merry on a wedding’s morning after!

Exhausted he laid down the beast and sought his thirst to smother
With a cool long draft of wine, and then he saw his brother
Who left the wood not long before to take a drinking break,
Enough to fill his heart with courage, and not his mind forsake.
This brother saw the prize was killed and headed to the Palace.
He hatched a scheme to steal the beast—his evil heart was jealous.

“Come brother dear, and rest yourself, you’ve done a mighty task.
I’ll get a cup of wine for you—or would you like a flask?”
The younger one sat down to drink and settled at the table,
Describing his encounter, he spoke as true as he was able.
He told about the magic dwarf, his present of the spear:
“Without the wee man helping me, I never would be here.”

But unsuspecting, he was coaxed to spend the whole day drinking
His evil brother all the time an ugly plan was thinking.
The sun had set when they set out to take the path for home.
It was the perfect time of night, with no-one out to roam.
Then at a bridge across a brook the older said—“You first!
I’ll follow with the carcass, after I have quenched my thirst.”

Relieved now of his burden, the younger gladly forward tread,
Not seeing his brother from behind sneak up and strike his head.
He fell into the water, it had been a fatal blow.
Beneath the bridge he buried him—no one would ever know.
He heaved the boar onto his back and made off to the Palace
Once there, he bowed down to the King and offered fruits of malice.

The King, delighted, reassured the people of the nation:
The creature had been killed; this strapping lad was their salvation.
When the younger brother failed to turn up at his guild,
Everyone assumed that by the boar he had been killed.
The King announced the marriage of the brother with his daughter;
Thus nobody thought twice about the slaughter in the water.

But nothing can be hidden from the knowledge of the Lord
Thus all our evil deeds are measured; bad ones are abhorred.
The Lord is very patient, working wonders on our fears,
Between the crime and sentencing there may be many years.
So one day came a shepherd driving sheep across the bridge,
He didn’t know the story of what lay beyond the ridge.

He spied a little snow-white bone laid bare upon the ground
And thinking it a stroke of luck he saved the thing he found.
He made from it a mouthpiece he could use with his new horn
And was amazed for when he blew, a foreign sound was born!
The mouthpiece started singing out as soon as it was blown,
Pronouncing words from deep inside that seemed its very own!

“O my dear shepherd, I, a bone, once lived upon that ridge
My body even now is buried ‘neath the self-same bridge.
My brother killed me under it so he could steal the boar
To win the daughter of the King and open fortune’s door.”

He said, “How wonderful, I’ll right now take it to the King
It has a mournful voice and on its own it wants to sing!”
The shepherd took it to the King, who when he heard its song
Understood its meaning and identified the wrong.
The earth beneath the bridge was moved; a skeleton uncovered.
At last the evil murderer was finally discovered.

His son-in-law, the older brother, couldn’t deny his deed.
The truth about the murder hung right there for all to read.
Thus he was punished by tradition—sewn into a sack,
Then thrown into the rushing river, never to come back.
The murdered brother’s bones were given their eternal rest
Beneath the corner of the churchyard’s earth especially blessed.

Jan Darling is a New Zealander who has worked in Auckland, Wellington, London, Barcelona, New York and Sydney at copywriting and marketing strategy.  She has spent her leisure time over sixty years writing poetry and short stories. Now retired, she lives in pastoral New South Wales with her husband Arturo. 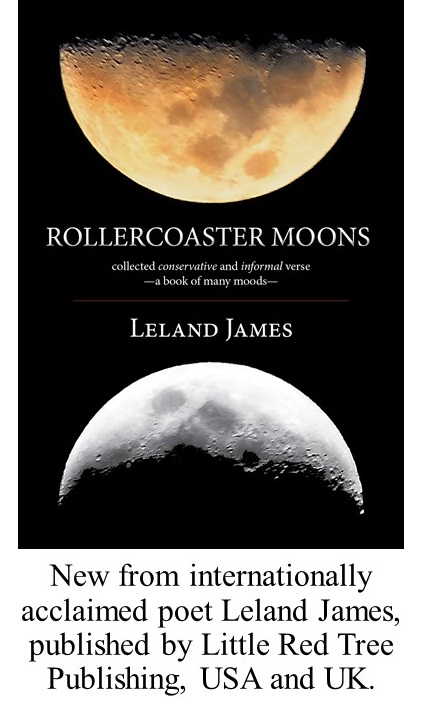